T&C agents, Lora Nelson and Dennis Ferrone, participated in the panel discussion following the screening of Chinatown last night which was presented by the East Hampton Film Society. Everyone who attended had a wonderful evening and we thank you for helping make this event such a success. 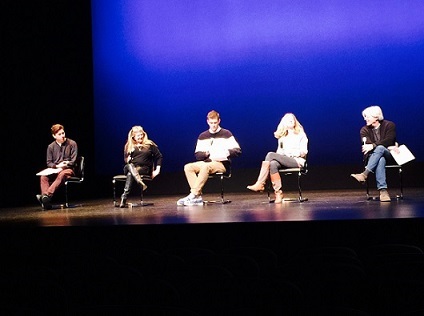 Will Stoecker, son of T&C’s Bill Stoecker is a student at East Hampton High School, and founder of the recently-established East Hampton Film Society, a local film club that meets twice a month in Guild Hall’s John Drew Theater to screen classic and arthouse films to the public. On March 5th, we had our Grand Opening screening of The Godfather. This week, we are showing Roman Polanski’s classic Chinatown on Thursday, April 2nd at 7pm, followed by a panel discussion with local film enthusiasts. The next film being presented on April 16th is titled Brick and a must see for everyone! 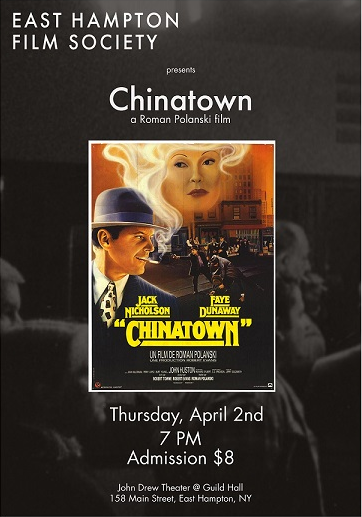