Nothing beats a night at the Opera at the Met… but the Met, Life in a theater near you! 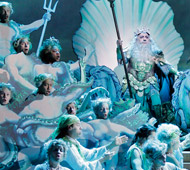 Who doesn’t love a night at the Met! But how often do we East Enders really live up to the promise of the City nearby? Now you can see live opera performances by the Metropolitan Opera at East Hampton’s John Drew Theater at Guild Hall or at Island 16 Cinemas in Holtsville a bit further West… The program includes Gotterdammerung (Wagner) , Verdi’s Hernani, Massenet’s Manon and Verdi’s La traviata – my favorite… For a schedule visit here.

And during intermission you get an extra you won’t get even in the Met itself – a view behind the scenes and interviews with some of the principals and performers… A great experience.