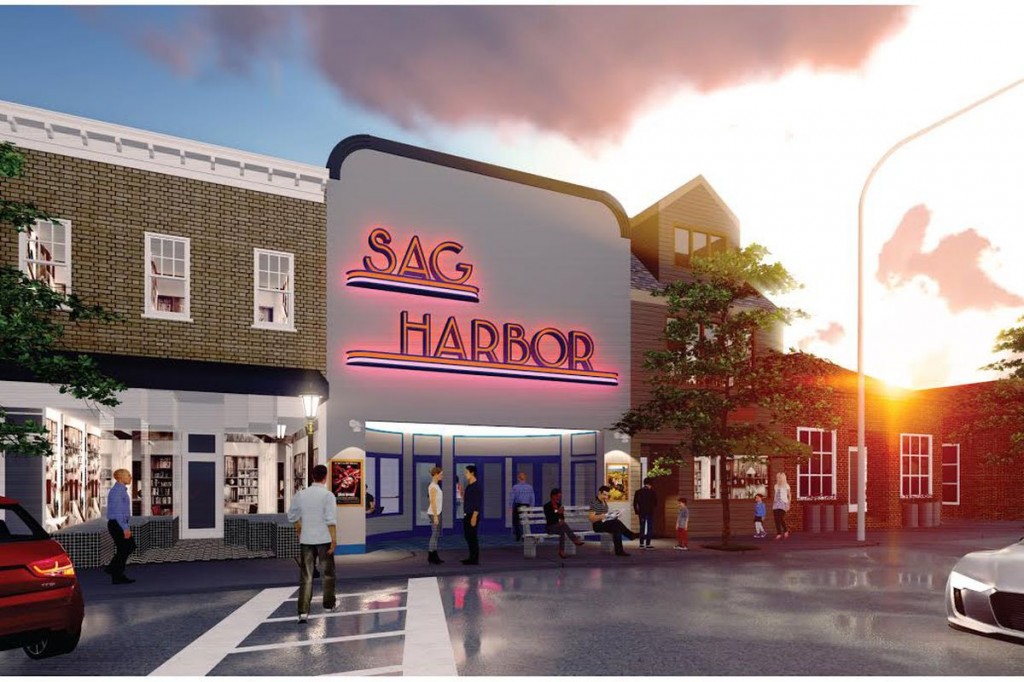 A year ago, a hole was burned through the heart of Main Street in Sag Harbor – literally! The iconic Sag Harbor Theater in the center of its village was destroyed in an early morning fire on December 16, 2016.

Thanks to the combined efforts of local residents and famous friends, $8 Million was raised by the non-profit called Sag Harbor Partnership to purchase the property with the intent to resurrect the structure in its art-deco design and re-install the familiar neon sign (ironically, which would never be approved today). The Empire State Economic Development Grants pledged the final $1.4 Million needed to close title. Our local piano man, Billy Joel, donated $500,000 from the very onset and will have naming rights to the popcorn stand!

Director Martin Scorsese and Oscar winning actress Julie Andrews both sit on the advisory board. Some other famous neighbors like the likes of Sarah Jessica Parker, Matthew Broderick and Leonardo DiCaprio have pledged their support.

But…the fundraising is not over!

Another $5 to $6 Million is needed to build a new state-of-the art theater. Maybe seller Gerald Mallow will pledge back $1 of the $8 Million he is receiving on the sale? Richard Gere and several others who grace our main street with well-known presence hopefully will step up.

A grand heart-felt “Thank You!” to April Gornik, VP, for spearheading this undertaking and to all those who have donated so generously!